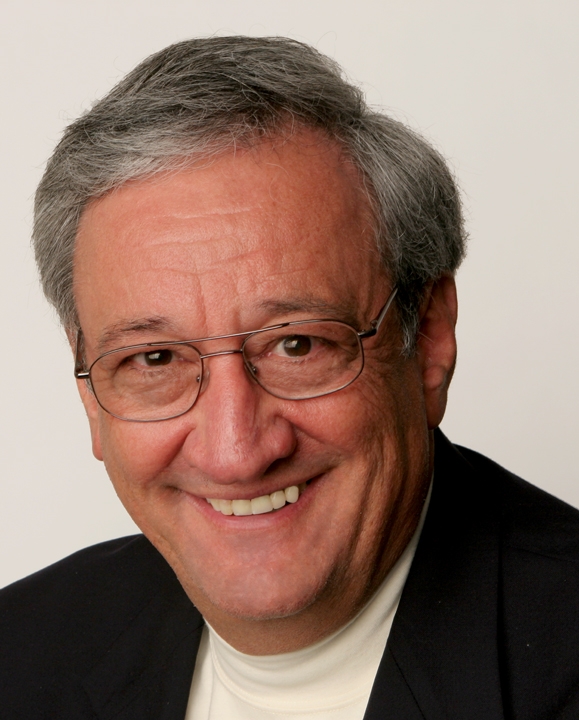 The following is adapted from a sermon delivered by Rev. Dr. C. Welton Gaddy on Sunday November 4, 2012 at Northminster Baptist Church where he serves as Pastor for Preaching & Worship to read the full text or listen to the audio visit northmin.org/sermons/2012/

Brand elections as crazy three-ring circuses, if you please, but in our democracy, elections reveal the priorities of the majority of voters and grant to the elected the authority to alter our lives by means of decisions about national security, the use of taxes, the health of the environment, the plight of the weakest among us, health care for the sickest among us, the size of the national debt, and the possibilities of war or peace in the international realm.

Politics are important. That is why I believe a minister who never addresses political issues from a pulpit is too far removed from reality to preach the gospel effectively. Personally, I labor never to engage in partisan politics in a service of worship, but also I labor with equal intensity to address the issues of politics in worship responsibly so that people who hear and read my sermons have to relate the values of the gospel to the ways of our world. For that reason, across the years, prior to national elections, I regularly have preached an Election Day sermon in the grand traditions of many of my predecessors in ministry historically.

Politics are important.   This seemingly endless electoral campaign has been enlightening and disturbing in many ways not of which is particularly complementary to religion generally or to Christianity specifically.

First of all, looking back at the primary elections, we find that not a single one of the candidates who claimed to be called by God to be president became the nominee of the party. Perhaps God is not a good politician, but more likely a few candidates confused individual ambition with a divine summon. Even the most devout of the American people did not buy the religious argument. There is not a concept of the divine right of presidents in our land.

Second, and more troubling to me, the Religious Right in our nation confirmed once and for all my long time assertion that its mission was never about religion, rather a movement to grab political power. I spent a great deal of time this past year even as I did four years ago defending Mitt Romney’s right to run for the presidency and critiquing all who opposed him because of his religion. Frankly, most of that work was directed to conservative Christians who condemned Mormonism as a cult and sought to remove Romney from the campaign, ignoring the Constitution’s principle of no religious test for public office. You may recall the rant of the pastor of the First Baptist Church in Dallas when he called Romney a non-Christian and challenged his qualification for the presidency because of his Mormon identity. However, no sooner had the gavel come down at the closing of the Republican national convention than that same pastor and scores of his colleagues endorsed Governor Romney for the presidency.

In one of the most disgusting moves I have seen, Franklin Graham facilitated a meeting between Governor Romney and his highly-respected 94 year old father Billy Graham so the elder evangelist could endorse Mitt Romney’s candidacy for the presidency. The following day, the Billy Graham Evangelistic Association had to remove from its website a long-standing criticism of Mormonism as a non-Christian cult to be avoided.

Pray, tell me, in those scenarios, what qualified as a Christian conviction and what as a political decision? I have little respect for religious convictions so flimsy and weak that they suddenly can be set aside to endorse a particular politician for public office. How can a person claim to be conservative and allow political partisanship to be more important than theological conviction? That could not happen without the decision maker considering a political win more important than the integrity of belief. Perhaps that is good politics—though I do not think so—

but I know it is terrible religion.

All of that is said to create a backdrop against which to point out the major truth in an Election Day Sermon: Politics are important, but never are they ultimately important. When political loyalty can so rapidly change a religious conviction, we know right away that the issue always was politics not religion. That truth is under assault among Democrats and Republicans, Tea Party activists and hard core Dominionists.

This year, the two major campaigns for the presidency have played fast and loose with the truth. My reference is not to statistical mistakes that are inevitable in rhetorical battles and easily corrected. We all make mistakes. My reference is to direct contradictions of truth. Frankly, I would not tie the integrity of my faith to an endorsement of either campaign given a proven proclivity to say what people want to hear rather than what a candidate believes. Truth is truth. Thankfully, we are not electing a religious leader for the nation—a pastor-in-chief or rabbi-in chief—rather a political leader, a commander-in-chief who will be checked by a Congress and a Supreme Court. I thank God for the incredible wisdom resident in the stunning national vision of our founders.

Two other matters merit attention as we go to the polls if we have not already voted. One, vote your values. My suggestion is not to use the ballot box in an attempt to Christianize this nation. But, vote your values—values such as compassion, equality, justice, care for the poor, the dignity and worth of all people, international citizenship. I think that is what the apostle Paul meant when he said “Let your politics be worthy of the gospel.”

Second, though, do not imagine that your vote for either of these candidates is a vote for the establishment of Christianity and equally important, do not assume that you can judge the authenticity of another person’s faith by the individual for whom that person votes. By Constitutional design, this is a nation for many faiths and for many people of no faith. We know that people with different politics can share the same faith. The oval office is not a strategy room for establishing any one religion as the official religion in this nation. And a house of worship is not akin to a precinct convention for only one political party. Thankfully, in this nation, politics are not synonymous with religious evangelism, rather with civic activity, the art of government, for the purpose of establishing the common good among the most people possible.

Government is not broken in our country. That is an assertion of self-denigration. We are the government. Some of us are broken. Some of us are so politically tied to one partisan party that we no longer can be authentically patriotic. During this past turbulent week of damage, death, and hurt, we have seen a dramatic crossing of party lines for the good of people who are in a crisis. That is exemplary of a true democracy in which the strong care for the weak and the well help the hurting. Let us pray that, in this continuing crisis, we have been reminded of the kind of cooperation that should become an ordinary procedure.

Please vote if you have not already cast your ballot. Voting is a religious responsibility as well as a civic duty. People have given their lives for this high privilege. Surely, they have not died in vain.

By all measurements the presidential election will be close. That is significant beyond calculation. We are a country almost equally divided in our devotion to two different visions of what this nation should be and become. That means that following the vote we will face a burgeoning challenge to put our nation back together lest whoever is elected president face an immediate level of opposition that makes progress difficult.

Vote and then wait for the outcome of counting the nation’s votes assured that, after the election, God still will be sovereign, our democracy still will rest on a strong constitutional foundation, and we the people will have to do the hard work of nurturing mutual understanding and affecting reconciliation in a manner that helps heal the cavernous divides among us and enables us to speak again with one voice about the necessity of securing our nation as a place of liberty and justice for all. Amen.