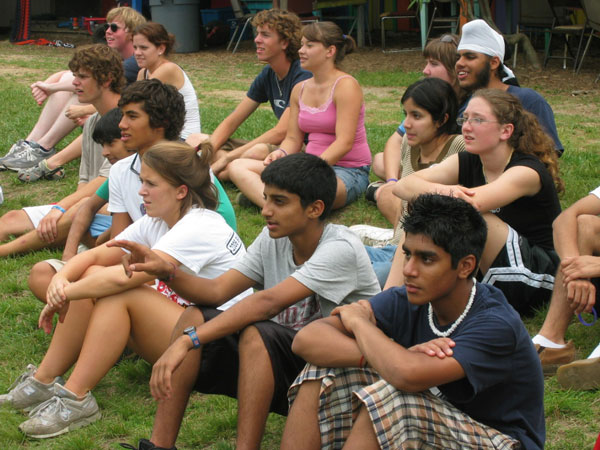 Students gearing up for an outdoor team-building activity at the first LEADD program, held at The Mountain Retreat & Learning Centers, in Highlands, NC. The inaugural LEADD program brought together 30 high school students from around the country for a week of immersion in American history and contemporary religious diversity. At week’s end, 30 new advocates for religious freedom headed home, determined to make a difference in their own communities. 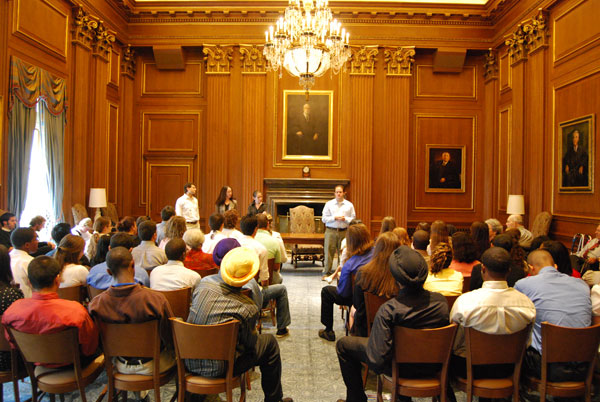 At the United States Supreme Court, Justice Breyer’s clerks talk to LEADD 2008 students about the role of the courts in protecting religious freedom. 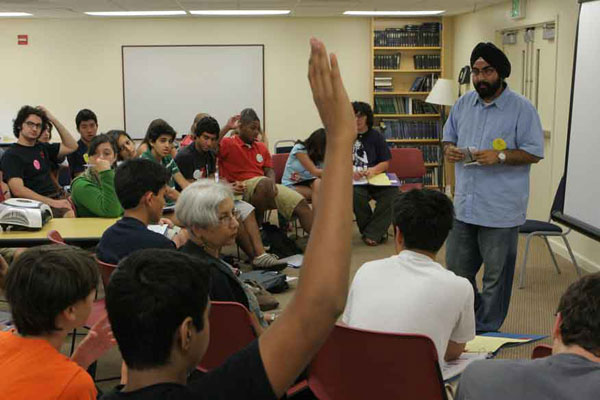 LEADD 2007 students discussing A Dream in Doubt, co-produced by then-Deputy Director of Public Policy, Preet Singh, and the impact of prejudice and hatred on minority religious communities. One of the most freqent comments from LEADDers about their experience is how much they learned about religions they didn’t even know existed, and how that knowledge opened their eyes to the people around them. After his time at LEADD, Rajdeep (LEADD 2008) said “On the first day, I was amazed at how many religions I didn’t know about. It was great because although we were so diverse, everybody was so outgoing and it felt like a family. With LEADD, I learned that we should strive to educate others about our own religion, but also take the time to learn about other religions as well, because ignorance comes from those who don’t know and we should take it as our duty to help people learn.” 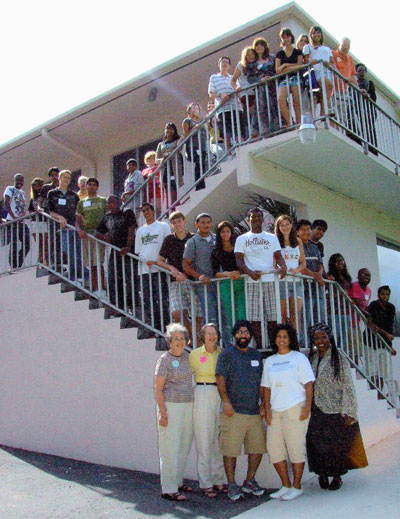 The first Weekend LEADD in Tampa, FL in 2008. Beyond the academics, LEADD is all about relationships. Former LEADDers keep in touch with the friends they made and reach out to one another in times of need, as well as for ideas on how to expand the interfaith youth alliances many of them have started in their hometowns. 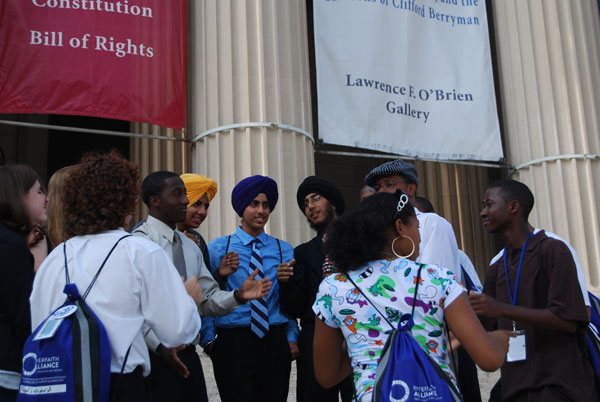 An impromptu concert on the steps of the National Archives during LEADD 2008’s Advocacy Day in Washington, D.C. Over the course of their time at LEADD, LEADDers share not only their knowledge, but their cultural and religious influences. From favorite songs to dance nights to lessons in how to wrap and wear a turban, LEADDers broaden one another’s horizons just by being themselves. 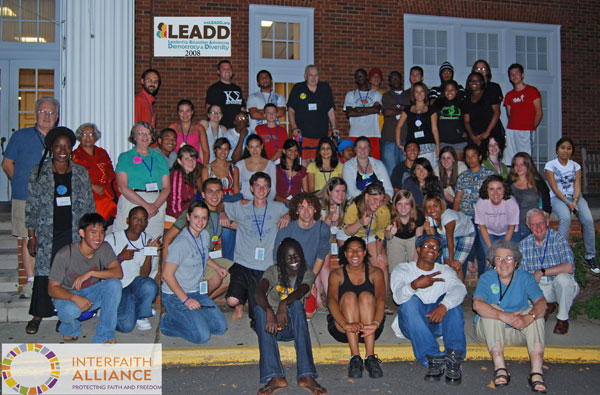