Julie Cloud  is originally from Houston and San Antonio, TX. She graduated from Baylor University in 1989 with a degree in Business Administration. Julie moved to Austin and worked for Apple and Dell from 1993-2000. She held various management positions including Vendor Manager and Business Operations Development Manager. Julie has served as a trustee and Secretary of the Eula Mae and John Baugh Foundation from 1994 to present. She also has served since 2010 on the board of the Central Baptist Theological Seminary. Julie lives in Southlake, TX, with her three children. They are members of White’s Chapel United Methodist Church.

Rev. Dr. David R. Currie was the longtime executive director of Texas Baptists Committed, a group that has sought to avoid for the Baptist General Convention of Texas the kind of conservative/fundamentalist control that’s a reality in the Southern Baptist Convention. David is a graduate of Howard Payne University and has a Master’s Degree and a Ph.D. from Southwestern Baptist Theological Seminary. Besides doing Baptist work, ranching and building, David has authored two books — On The Way and Songs in the Desert.

Iqbal G. Mamdani is a banker and entrepreneur whose career spans five decades and multiple continents. He founded TAIB Bank, Bahrain’s first investment bank, in 1979 and then oversaw a global expansion. Mamdani currently serves as chair of First Asian Investments and the Mamdani Foundation and recently joined the board of Auburn Seminary. The Mamdani Foundation, Inc. is a philanthropic organization dedicated to fostering educational excellence, as well as religious and racial tolerance. Mr. Mamdani, who is Muslim, lives in New York and Florida. 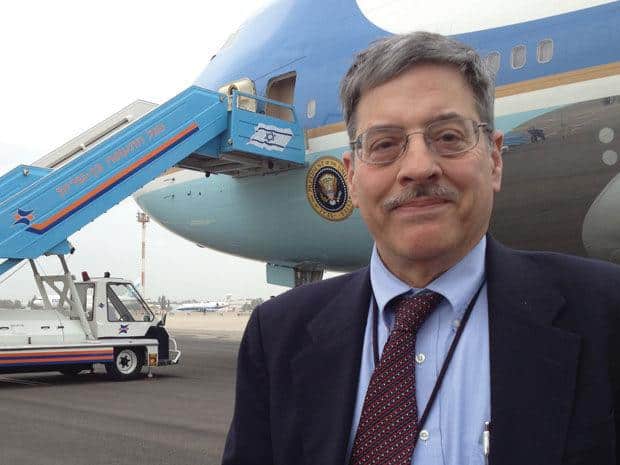 Peter Maer (2019 Cronkite Award recipient) Veteran broadcast journalist Peter Maer’s career centered on nearly 40 years as a White House correspondent. Prior to his retirement in 2015, Maer covered the presidential beat for CBS News. He previously covered the White House for NBC Radio News and Mutual Broadcasting. His assignments included major world summits and other key events, including every political convention, campaign and election from 1980 to 2012. He continues to serve as a CBS News Contributor. Maer was among the reporters and administration officials evacuated from the White House on September 11, 2001.  He was a member of the CBS News team honored with an Edward R. Murrow Award for coverage of the first anniversary of the 9/11 attacks. He played a leading role in the network’s Murrow Award-winning coverage of the Clinton impeachment trial.  Maer also won a Murrow Award for feature reporting. He is a five-time recipient of the prestigious Merriman Smith Award for Presidential Coverage Under Deadline Pressure.  Prior to his network career, Maer worked as a reporter at radio stations in the St. Louis area, Nashville and Atlanta where he covered the Civil Rights beat. A native of Granite City, Illinois, Maer is a graduate of Southern Illinois University. He was twice chosen as the school’s commencement speaker and was the recipient of an honorary Doctor of Humane Letters degree.  He was inducted into the school’s Hall of Fame. Maer has served as a visiting journalism lecturer at The George Washington University, American University and the University of Mary Washington. He was a Visiting Fellow on The Presidency and the Press at The Marlin Fitzwater Center for Communication at New Hampshire’s Franklin Pierce University.

Bishop Carlton Pearson is a native of San Diego, California, where he spent the first 18 years of his life with his parents and five siblings. He was raised in a traditional fundamentalist Christian home, a fourth generation Pentecostal preacher. Today Pearson’s ministry targets specifically and primarily the “un or less-churched.” He makes his appeal to those who feel spiritually unresolved. His ministry now addresses issues of spiritual, social, moral, cultural, religious and political significance in a practical, yet provocative manner relating faith to culture. He likes to call himself a Sacred Activist and Spiritual Progressive and is a strong proponent of Justice and Peace issues. Skye Perryman, is a highly regarded legal advocate and community leader, presently serving as General Counsel and Chief Legal Officer of the American College of Obstetricians and Gynecologists–the premiere organization for women’s health care physicians in the country.  In this role, Skye provides executive oversight over all of the organization’s legal, governance, public affairs, policy, and advocacy work. Skye’s professional background  includes more than a decade of experience litigating high stakes cases and advising a range of clients in complex matters, investigations, and transactions including while practicing at two of the country’s most elite law firms. She has also worked in both legal and policy capacities at national non-profit organizations. Skye has been designated a  Rising Star by SuperLawyer, a top forty trailblazer designation by The Leadership Center for Excellence, and the Chuck F.C. Ruff Pro Bono Lawyer of the Year Award. A Harry  S. Truman Scholar, Skye holds a Juris Doctor from Georgetown University Law Center where she graduated with honors and a Bachelor of Arts magna cum laude from Baylor University. Skye teaches a course on reproductive rights and reproductive justice at American University. 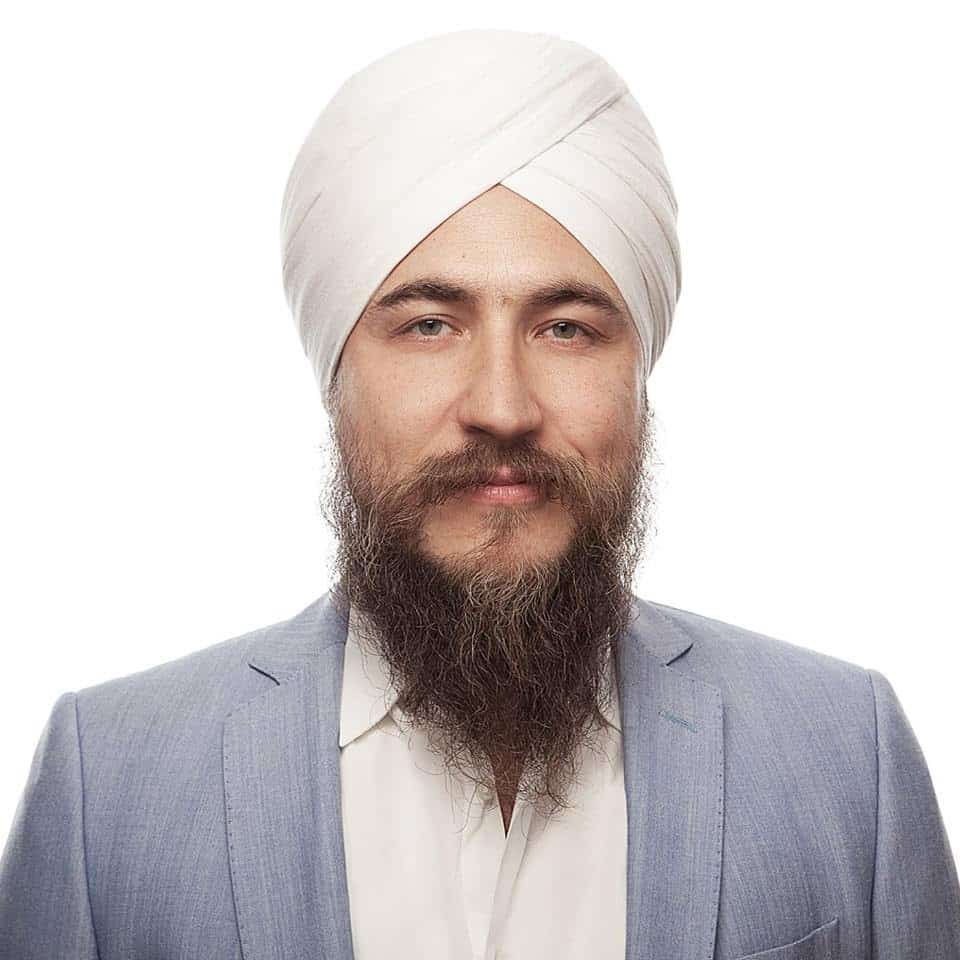 Simran Stuelpnagel is a Human Rights Advocate, Community Organizer, Sikh Minister, and Management Consultant who works for religious inclusion and freedom of conscience issues domestically and around the world.
He was the Senior VP of Akal Global, a Sikh nonprofit-owned security firm that deployed top secret cleared Americans to over 120 countries, helped protect the White House, Pentagon, Federal Courts in over 350 US cities, and secured dozens of federal agencies. With 15,000 employees and over 5000 retired police officers, Akal was the largest employer of retired American police officers in the world — while Sikhs and other religious minorities could not serve in US police or military uniforms with their articles of faith intact. He was the youngest VP in Akal’s 35-year history and initiated the effort for DC’s Metropolitan Police to become the first major police department in the US to allow articles of faith in uniform. Simran was also the Chief Communications Officer and EVP at the Alzheimer’s Research and Prevention Foundation, where he is currently a Senior Advisor. He has held a variety of volunteer and board positions, including as the Chairman of the Board for Miri Piri Academy, a Sikh boarding school in India, where children from over 20 countries study. He is the Vice Chairman of the International Religious Freedom (IRF) Secretariat in Washington DC, which facilitates religious freedom roundtables around the world. He is the IRF Secretary for Sikh Dharma, Treasurer for the Sikh American Legal Defense and Education Fund (SALDEF), a Member of the Board for the International Campaign for the Rohingya, and a former Member of the Board for the Institute on Religion and Public Policy with the late Bishop Joe Grieboski. In 2021, Simran opened the first all-encompassing interfaith events in Guatemalan and Costa Rican history with the IRF Secretary.
Simran is a Fellow of the Royal Society of Arts in London and nominated as a lifelong Senior Fellow at The Dietrich Bonhoeffer Institute. On Father’s Day 2021, the National Stop the Violence Alliance honor him as one of 25 Outstanding Men because of his “dedication to peace, charity, love, compassion, diversity, family, nonviolence and unity. Simran holds a diploma in Classical India Music from Pracheen Kala Kendra in India. Notably, Simran’s work analyzing the US procurement regulatory framework was taught at the University of Virginia’s Graduate School. He was also a research assistant to Dr. Satbir Khalsa at Harvard Medical School. Simran splits his time between Washington, DC and Santa Fe, NM, where he lives with his two daughters.

Thomas M. Uhlman was a Founder and Managing Partner of New Venture Partners LLC. Previously he led a group which commercialized underutilized technologies being developed primarily at Bell Laboratories. Uhlman and his colleagues created over 60 new technology businesses. Between 1995 and 1997, Uhlman held senior executive positions at Lucent Technologies and AT&T. From 1985 to 1995, Uhlman was Director of Corporate Development at Hewlett-Packard, leading worldwide equity investment, strategic alliance, and strategic planning efforts. In 1983 and 1984, he managed the President’s Commission on Industrial Competitiveness on behalf of the Chief Executive of Hewlett-Packard who chaired this White House Commission. In 1981 and 1982, he was Director of Productivity Improvement at the U.S. Department of Education. Previously, he was an Assistant and then a tenured Associate Professor of Political Science at the University of Missouri-St. Louis where he wrote Racial Justice and a dozen journal articles on race, legal and criminal justice matters. Uhlman has served on the boards of 20+ for profit and nonprofit organizations. He earned a Sloan Master’s degree from Stanford University’s School of Business, a doctorate in Political Science from the University of North Carolina-Chapel Hill, and a bachelor’s degree in Political Science from the University of Rochester.

Jacob J. Worenklein, JD, is Chairman and CEO of US Grid Company, an electric power company. He previously founded and served as the Chairman and Chief Executive Officer at US Power Generating Company, which owned and operated major power plants in New York City and Boston. Jay started his career as a lawyer at Milbank Tweed Hadley & McCloy, where he practiced law for 20 years, headed its power and project finance practices and served on its executive committee, which managed the firm. He then headed the global project finance and independent power business of Lehman Brothers and served as global head of energy, power and infrastructure at Societe Generale. In 2002 he received the first Lifetime Achievement Award presented by Infrastructure Journal in London. Mr. Worenklein served as Adjunct Professor of Finance at New York University, has taught classes on ethics and business at Princeton and Yale,  and is a trustee of the Committee for Economic Development and a member of the Council on Foreign Relations. He has served on the boards of various public and private companies. Mr. Worenklein has served on the Board of Trustees of United Jewish Appeal-Federation of Jewish Philanthropies of New York, Inc. and the Jewish Community Relations Council of New York. He served for over 25 years as President and is now Chairman of the Board of Trustees of the Old Broadway Synagogue in New York. He has a BA degree from Columbia College and JD and MBA degrees from NYU Law School and from NYU Graduate School of Business Administration, now the Stern School of Business.