At the end of October, Interfaith Alliance was part of a great victory for the character of our nation and our collective safety as Americans as we witnessed President Obama sign the Matthew Shepard and James Byrd, Jr. Hate Crime Prevention Act into law.  The Act provides law enforcement with additional resources to prevent hate crimes, bring their perpetrators to justice and better protect groups of Americans who are too often the targets of violence simply for being themselves.

Faith Insights: Buddhism and Interfaith Dialogue in the Rockies 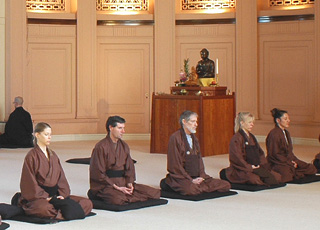 Earlier this year, Interfaith Alliance of Colorado (TIA-CO) was recognized by the Colorado General Assembly for their work in promoting and leading interfaith dialogue in the state.  In mid-November, I received an invitation to join the final session of their 2009 Interfaith Dialogue Series, “Sustainability and Faith,” and drove to Denver to find out what they were all about.

As 2009 draws to a close, we’re asking listeners to tell us their favorite moments from … 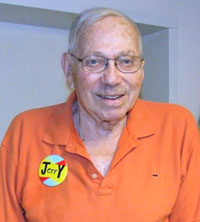 Jerry Davidoff was an original LEADD (Leadership Education Advancing Democracy & Diversity) faculty member, counselor and one of its best cheerleaders.

How can I make my year-end gift count?
Year-end gifts are very important to many of our donors, but wading through all the options out there can be both time-consuming and confusing. Donors often set out to make a meaningful gift to an organization they care about, only to end up throwing up their hands in frustration with the red tape. With that in mind, we’ve tried to paint a clear picture of some of the most common ways to make a year-end gift.

Can you believe we’ll be ringing in 2010 in less than a month? This year has …

On Tuesday, November 17, 2009, Rev. Gaddy spoke at Interfaith Alliance of Idaho’s 11th annual gathering.  His presentation to the group: The Crisis No One Talks About looked at how we are dealing with a religious pluralism that our founders could only imagine.  He recalled that the Idaho Affiliate was one of the first he visited after he became Interfaith Alliance President and how he was advised that the Moral Majority was considered a “moderate” group in Idaho.  With discussions on marriage equality, hate crimes prevention legislation and our LEADD program for youth, much has changed, in the country and in Idaho, since Welton’s first visit more than a decade ago.  But, as Pam Baldwin, the Idaho Affiliate’s director, told Welton, there is still much to do!

You can listen to Welton’s presentation here.